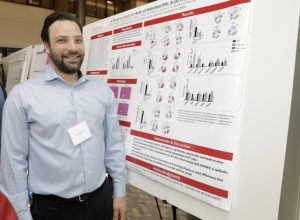 Bile acids are a diverse population of amphipathic molecules synthesized through the enzymatic oxidation of cholesterol in the liver.  The synthesis of bile acids has traditionally been shown to occur via two pathways.  Cholesterol 7 alpha-hydroxylase (Cyp7a1) performs the initial and rate-limiting step in the classical pathway while sterol 27-hydroxylase (Cyp27a1) initiates the hydroxylation of cholesterol in the acidic pathway.  While the role of individual BA species as physiological detergents is relatively ubiquitous, their endocrine function as signaling molecules and role in disease pathogenesis has been found to be BA species specific.  In order to better understand the pharmacologic and toxicologic roles of individual BA species in an in vivo model, we created and characterized a double knockout mouse model that is null for both Cyp7a1 and Cyp27a1.